by Kaśka Paluch / Noise From Iceland 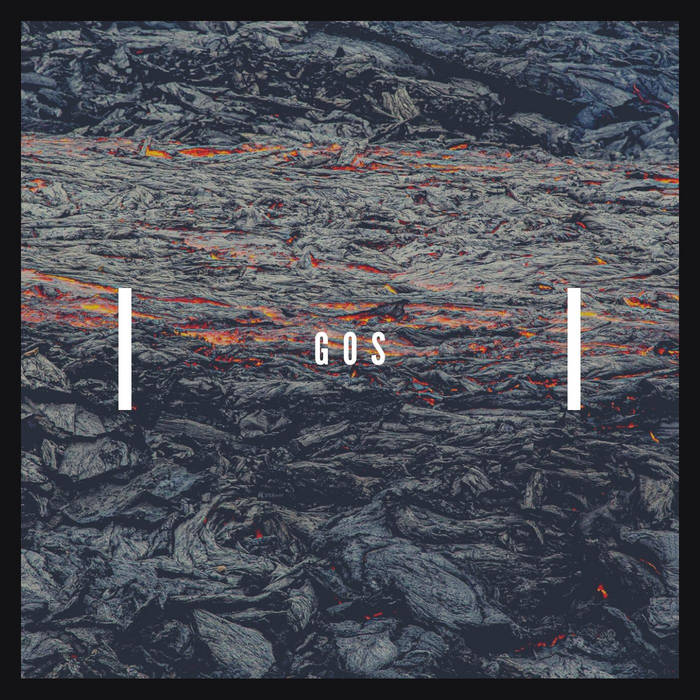 This is perhaps the best documented and closest to humans volcanic eruption in history. Webcams broadcasting the eruption site live around the clock, Internet forums with discussions about it, millions of photos, videos and sounds. On this CD I would like to show my first encounter with a volcano: a waiting time filled with earthquakes, an excited visit to the sites of a probable eruption, and finally the volcano itself, whose surroundings reminded me of ... the tower of Babel. That's just over a month with the volcano. And, as it turns out today, the adventure is just beginning.

Before eruption, Reykjavik and the surrounding area were hit by a series of earthquakes that lasted two weeks. I set up the recorder in an empty room, recorded for several hours in long. During lunch, I felt my chair rocking, and after waiting a while (in case there were any aftershocks) I ran to the studio to see if anything was recorded. I opened the sound in the editor and saw clearly a few lumps in the wave and a line. This dash was some object that had probably tipped over. The lumps, on the other hand, I couldn’t hear. I raised the low frequencies a bit and then I could actually hear something. Or, in fact, feel it, because the sound is so low that it’s more like vibrations reaching the head. When it comes to the speakers – you can hear it, as long as the speakers have reasonably good bass. Nothing is happening on the iPhone speaker. I think about it all the time, but I seem to have captured this unique earthquake phenomenon in this recording, which you cannot hear but feel. That is why I recommend listening with headphones, preferably earphones. Make yourself an Icelandic earthquake in your head 🙂

2. Earthquake in Seltun
About two weeks before the event, I went to record the earthquake center - Krysuvik and the Seltun volcano on the Reykjanes peninsula. Another earthquake occurred while recording geothermal fields. You can only hear the reaction of people overjoyed about it.

I studied the GPS sensor records in Krýsuvík and it turned out that this region moved about 10 centimeters to the southeast after the recent earthquakes. At a crazy pace – only in a week (the usual pace of tectonic plates sliding under Reykjanes is about 2 centimeters per year).
This means that Lake Kleifarvatn and the Seltún volcanic system are now in a different place.

4. The night the eruption had begun

On March 19, 21:15 UTC the eruption at the Geldingadalur close to Fagradalsfjall on the Reykjanes Peninsula had begun. There was a very strong wind and it has been raining a lot. Nevertheless, many cars, helicopters and planes were going to that direction.

The day after the eruption had begun it was still not clear how to get closer to the volcano. As soon as the road opened, I went as close as possible and have been hiking for 10 kms, with no success. All I could hear was the silence, wind and the helicopter. So I sat down, listened to it, knowing the eruption is somewhere close and came back.

When I arrived at the site, I couldn’t believe what is happening out there. Many helicopters, planes, very strong wind, many people… and excitement, everywhere excitement. I felt like I am on war or something. But I could see and hear the volcano, and that was the most important to me.

I was trying to catch the unique sound of solidifying lava, surrounded by many, many people. The feeling was more like I am sitting there in front of the huge bonfire. Realized how many languages surround me. A very significant moment happens at the end of the recording. This is probably the most documented, visited eruption in the history. People have never been able to be that close to the lava before.

8. Then we first met

I went close to the volcano. Maybe too close. I could hear splashes and then lava. That was one of the most incredible experiences in my life.

Also: my friend once told me flowing lava sounds like a broken glass. It does indeed. Because it is glass.

The volcano is changing in front of our eyes. A week before ago majestic, but available almost at your fingertips. Today it is huge, with two craters, surrounded by dark black solidified lava. Powerful. Its power can also be heard in the sound.

At the beginning of the recording you will hear the walkie-talkies of the ICE-SAR search and rescue team. Their work to ensure the safety of all visitors to the volcano is invaluable. Their presence in this video is an expression of my respect for their work.

I am MA of musicology, graduated at the Jagiellonian University in Kraków and a graduate of the State General Art School in Zakopane in the violin class. I compose and produce electronic music. As a violinist, I collaborated with electronic music producers in Poland and abroad.

I am also a music journalist and reporter. ... more

Bandcamp Daily  your guide to the world of Bandcamp

Featuring appearances from Kari Faux, Bluestaeb and and interview with NY-bred artist Wiki